Lives carry on in Hong Kong as traces of civic upkeep morph into sites of remembrance. The ornamental mimics nature then occasionally malfunctions – transforming spectacle to warning signs.

A kinetic portrait of Hong-Kong, akin to those made a century ago and with a similar inventory of the phenomena (mechanical, optical, sound) found in the visual symphonies for Berlin, Paris or New York. That is: brilliances and shimmerings (as in Henri Chomette’s Jeux des reflets et de la vitesse), a geometrical ballet of metal and concrete, citizens transformed by speed into clouds of butterflies (as in Hilary Harris’s Organism), and fragments of nature ensnared in the infrastructure. Here, like in the first avant-gardes, it is a question of rendering a vibration tangible, an underground wave revealed by the symmetric frenzy of the city and the image. But this is no longer the same wave. The enchanting murmur of modernity has given way here to the muffled song of saturation, an ongoing overflowing, where the urbanite’s voice is no more than a vague echo of a transistor in the midst of disaster. One could think there was a conspiracy between the bubbling waters and the spluttering lights, a conspiracy of phenomena against the congested city, or perhaps a suicide of the city itself, by self-combustion and fireworks. In any case, Signal 8 is a joyful disaster movie, a sizzling archive brought back from the future, where nothing of modern man has survived apart from the essential: a song by the Ronettes. Jérôme Momcilovic

Simon Liu is from Hong Kong and now lives in Brooklyn. Liu’s films and 16mm projection performances have shown at festivals and with institutions. He is a 2019 Jerome Hill Artist Fellow and a faculty member at the Cooper Union School of Art. Liu is currently in post-production on his first feature film, Staffordshire. 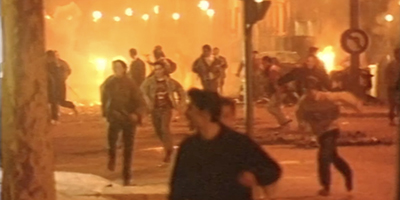 The Year of the Discovery 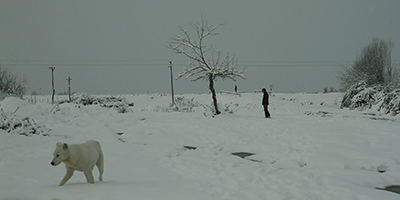 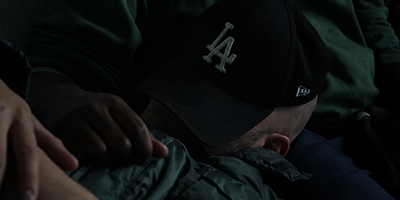