“I consider Le Vicinal to be my first film, made when I settled in Bénouville in the Pays-de-Caux region. It was also my only experience shooting with rolls of film…What I wanted to film was my encounter with Marcel Pilate…He is the first hero of my films. The film shows the moment he came to set up the beehives I had bought from him. It was with him that, for the first time, I acted [in nature], had an occupation there. It was also the first time that I saw someone work like that: each object, each tool, each gesture, everything was done in a sort of ceremony and ritual.”P. C. (Cultiver, habiter, filmer, conversations de Pierre Creton avec Cyril Neyrat, éditions Independencia, 2010) 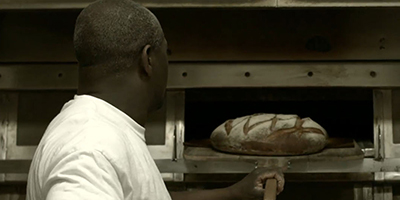